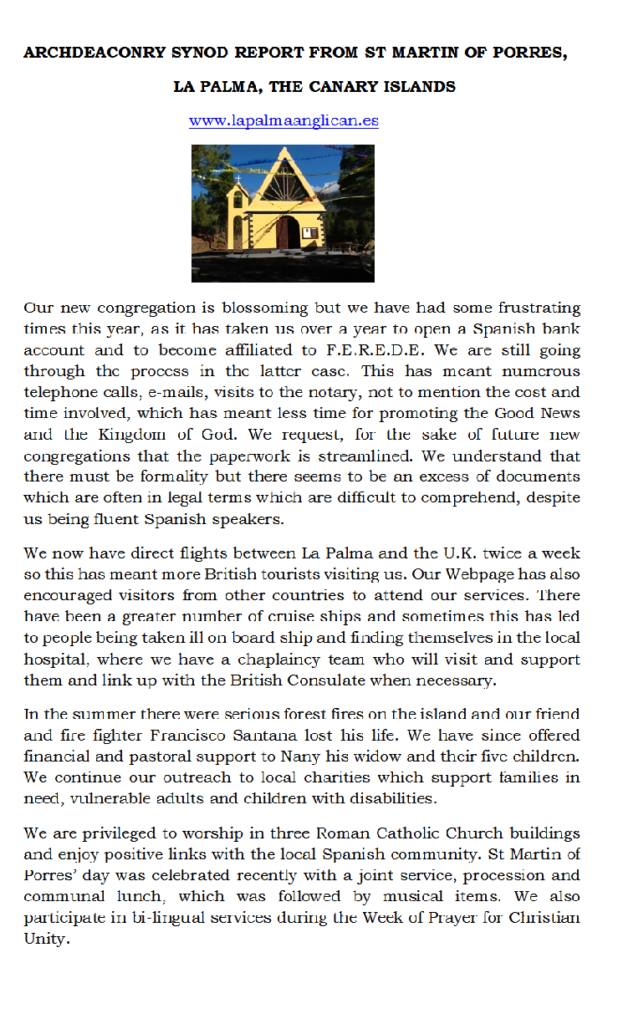 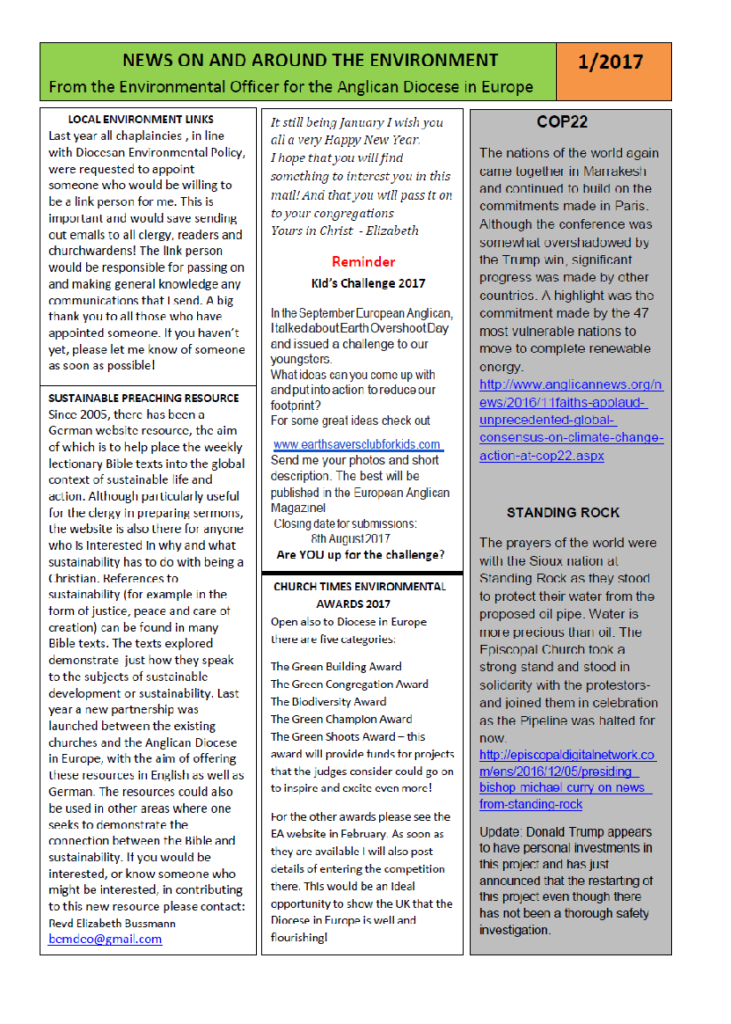 As human beings are confronted with their own demise and going the way of the dinosaurs we have started to realise how much damage we have been doing to Planet Earth -poisoning the planet with chemicals, eroding it with mining, destroying the balance of the climate by burning irreplaceable fossil fuel, condemning people to an uncertain future, even as we liberate some of them from ill-health, poverty and starvation. We can all do something to stop this by reducing our personal carbon footprint, but do we know how?

Here are some common misconceptions:

On the contrary, a modern dishwasher uses much less water, and thus less energy. And it heats the water more efficiently too.

In principle, only if you reuse them, and even then, reusable plastic bottles have a lower carbon footprint.

A modern blade-style hand-drier is said to produce the equivalent of 1.7 grammes of carbon dioxide per cycle. A fabric towel is less hygienic and needs costly washing. Paper towels, even recycled ones (as often used nowadays) have to be made, cut to shape, folded, packed and transported, at an estimated 34 grammes of CO2 per use. BUT scientists say that wiping ones hands compared to air drying them has a much better result on germ and dirt removal. Washing alone in soap and water does not destroy all germs, you would need water of such temperature to do that it would badly scald your hands, therefore wiping hands dry is significantly better in preventing virus and infections spreading. Which is why hospitals use paper towels in the main and not air dryers.

This is very contentious; it would be prudent to check if your newspaper is printed on paper from sustainable sources, and paper is easy to recycle. I’ve read that it is estimated that the production, printing and distribution of a newspaper produces some 28 kilos of CO2 per year. But if you read them on line for half an hour a day, it is estimated your computer will have produced 36 kilos, based on you buying your electricity on a regular tariff.  However the device you use has a vastly different impact. The 36 kilos is for a desktop PC which uses 150-250 watts, but a laptop computer only uses 25 to 50 watts and a tablet computer or a phone only 2-5 watts. So in many cases on line use of newspapers is much better for the environment.

The fast programme heats the water to just the same temperature, and the only saving is that the motor is running for a shorter time. The real saving is from reducing the washing temperature – washing at 30° uses a third as much energy as washing at 60°. If your washing machine (or your dishwasher) has an economy programme, use that.

This one is true. The world production of soya is over 250 million tons, and over 200,000 square kilometres of rainforest are destroyed every year in Brazil alone to produce it. But only 2% of this soya is for human consumption. The rest is fed to animals – so it is eating meat that leads to the destruction!.

This one is true, but only in principle. As with bottles, the key is in reusing your bags. Reusable paper bags need longer fibres for strength, but producing them is still some 20 times more efficient than making plastic ones (or even bags of cotton, jute or hemp – crops that have the extra problem of requiring noxious pesticides). If a nylon or a cloth bag lasts twenty times as long as a paper one, then that is the option to choose. But whatever you do, reuse and recycle!

So the message is clear; to reduce our own personal carbon footprint we need to learn how to do so, get informed on the science of climate change and make those little adjustments to our own lives!

So as one year draws to a close and we enter into another, let’s all consider what we can do personally to help the planet.

Please see attached our services for December. We are very pleased to be welcoming five people from All Saints church Tenerife to our carol service on December 10th.This will be followed by lunch at La Cascada restaurant, El Paso. Please confirm with me, if you haven’t done so, as soon as possible if you are going to the meal.

Recycled Christmas cards are now on sale to raise money for church funds. Judith has also embroidered “A Cross in my Pocket” sachets, which contain a poem in English or Spanish. They are available from Judith and proceeds will go towards church funds. Thanks Judith and to those who are helping!

Congratulations to Alan on becoming a Congregational Worship Leader. He will continue to inspire us with his words and music.

Mary Pérez, Roger Butler and I will be attending our archdeaconry synod in Alicante from January 30th- February 3rd. We ask for your prayers. We will be presenting videos on work we have been doing in our congregation on the bishop’s strategy. We also ask for your prayers as we go forward to Level 2 training in Safeguarding in February. Linden Atkins will be coming from Tenerife for our training.

On behalf of the team,we wish you all a blessed Advent and Christmas as we welcome Jesus into our lives afresh and ask for his grace and love to uphold us in the year ahead.We thank him for shining light in to our hearts.

P.S. I may not have everyone’s e-mail in my new system. Kindly send on if you see that someone is missing and I apologise.

You will know that there is no service tomorrow because it is the 5th Sunday.

Please note that next SATURDAY we are invited to celebrate San Martín de Porres’ day with a joint mass, followed by procession of the saint and then lunch and musical events all afternoon. Everyone will leave their cars at the bottom of the road and mini-buses will transport people up and down all day.As a gesture of goodwill, we are invited to make a small donation so please hand this to Alan.. We are also invited to take packet/tins of food, which will be distributed to the needy of the neighbourhood. This is a great opportunity to share fellowship with the local R.C. community, to whom we are grateful for their generosity towards us over the use of the church and for including us in social events.

Recycled Christmas cards will be on sale from now on and the money will go towards church funds.

Poppies will be on sale on Remembrance Sunday.

Please confirm your attendance at lunch at La Cascada (15 Euros + 7% IGIC) following the Carol Service on December 10th and let me know if you would like to read a lesson.

Love in our Lord! 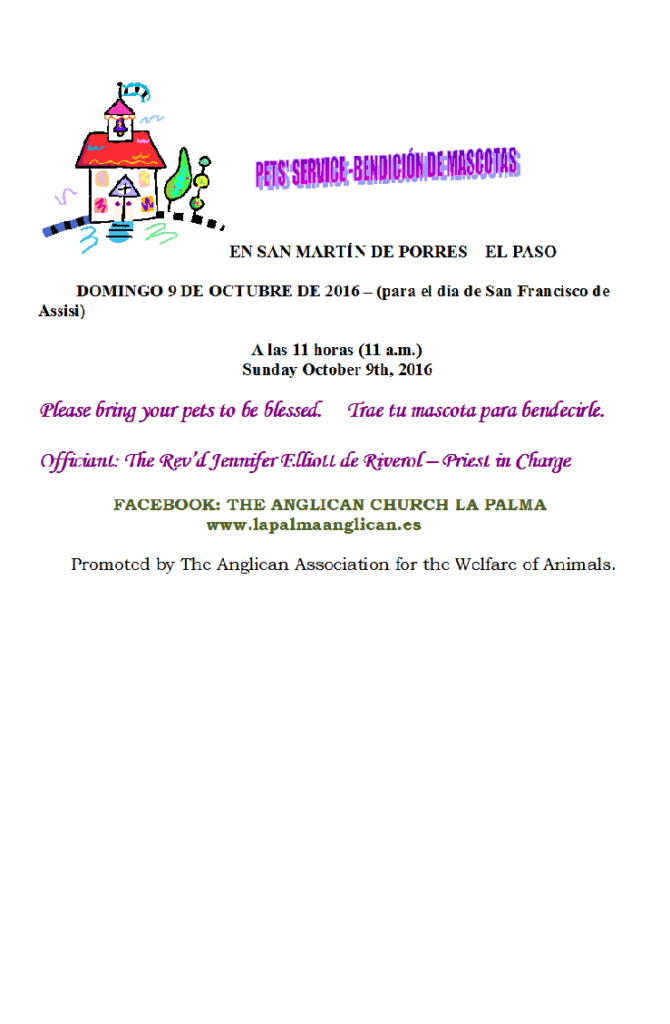 If you would like to build your understanding of the science behind climate change then you may benefit from clicking on the link below.

Many thanks and God bless, 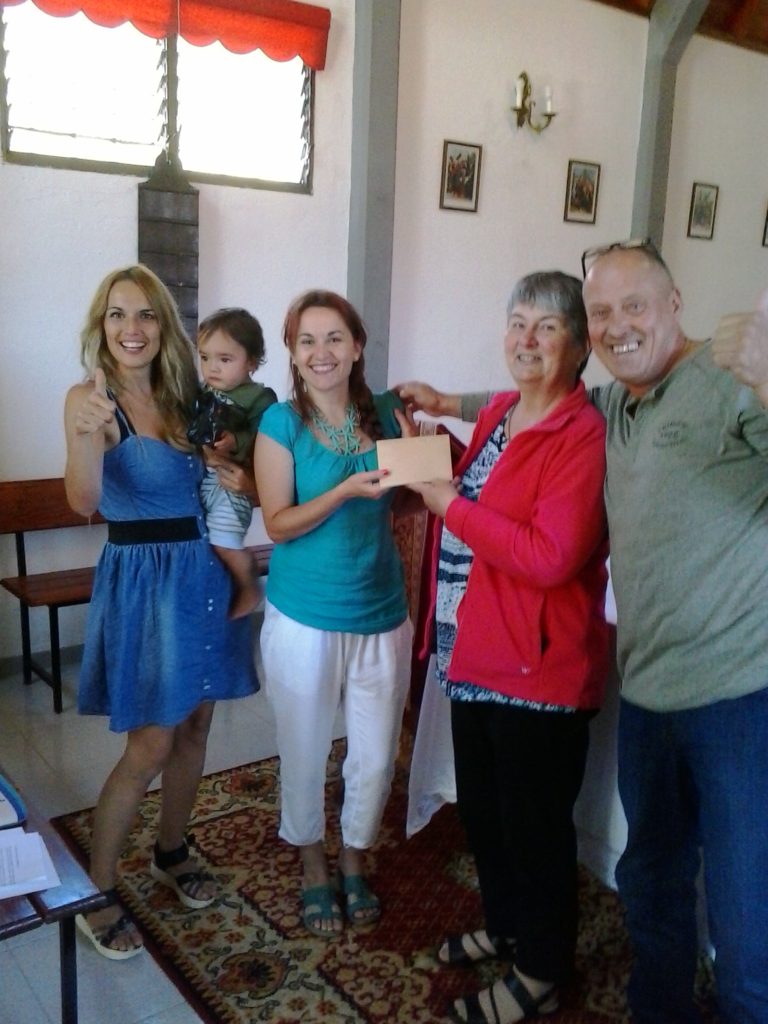 As part of our animal friendly status within the Anglican Society for the welfare of animals (ASWA) we were very pleased to invite Paula Rey and Yaiza Magdalena up to San Martin de Porres. Here they gave a short talk about their work as members of a local animal charity. The Union Palmera Animalista. They explained the work they provide in rescuing, finding homes, and medical treatment of animals here on La Palma. It was interesting learning of the various aspects of their work not only of the success they provide, but also the problems of their work, for example the large cat populations caused by abundant food being provided by tourists, which then struggle out of season.

We thank Paula and Yaiza plus their sons Tristan and Sawyer for giving up their time to come and see us, and as a church we were happy to make a small donation to their continued good work.

If you’re interested in more of the Union Palmers Animalista’s work their web page is http://upalapalma.org 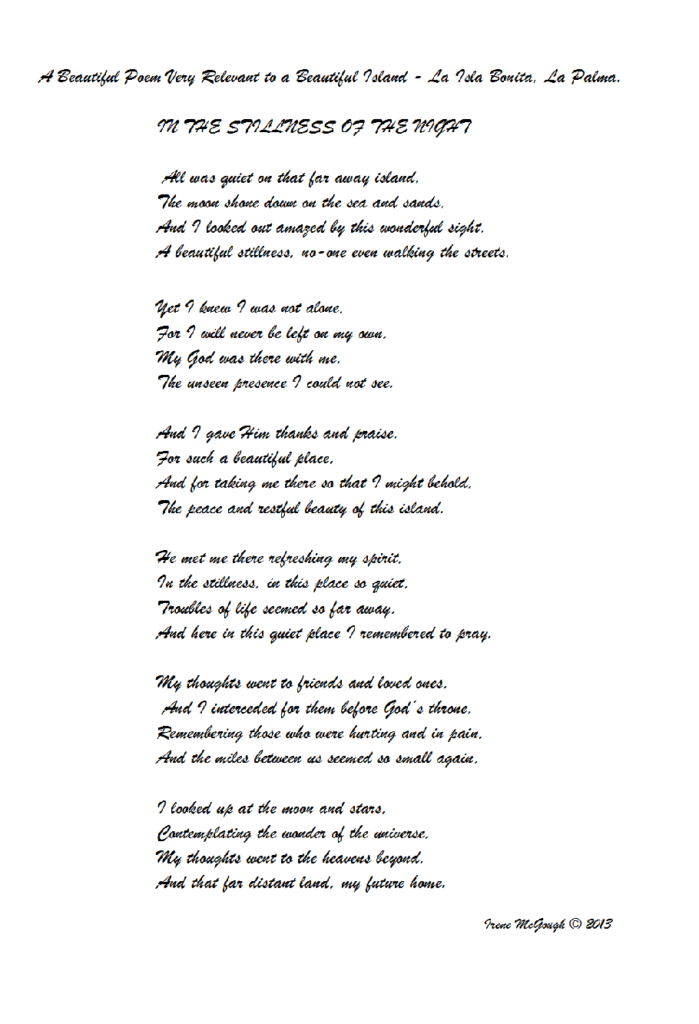 On March 21st 2016, the wedding blessing took place at San Martín of Porres, El Paso of Joel and Kerry Wilcock. Family and friends attended from the U.K.

The entrance of the bride and her father was to the music of Alistair Griffin and was entitled “If I Should Fall Behind” and reflected the theme of the couples’ journeying together. The poem: “Our Journey Together” was read by Ms Mildred Simcock and the reading from 1 Corinthians 13 was read by Ms Ann Birchall. The Reverend Jennifer Elliott de Riverol officiated.

The couple left the church to the music of “You’re My Best Friend” and then a champagne reception was enjoyed outside the church, in warm sunshine and this was followed by a wedding lunch at Las Norias Restaurant.

We wish them much happiness in their future lives together.